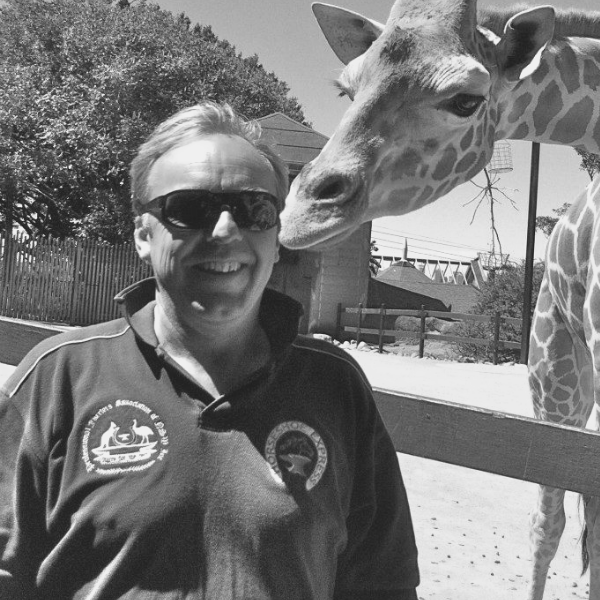 Michael Fruin Dip WCF became interested in the industry of Farriery when he was aged 11 when he was assisting at an 800 year old forge in Chipping Hill Essex UK. At the age of 16 Michael received an apprenticeship with the School of Farriery in Hereford UK. This was a 4 year indenture, Michael graduated with the Diploma of the Worshipful Company of Farriers UK. After his graduation Michael worked advancing his knowledge and skill base of Farriery in Spain, Greece and the USA before residing in Australia.

In 1989 Michael moved to Australia shoeing racehorses for leading Sydney trainers as well as working at Equine hospitals while working as head Farrier at Crown lodge racing. In 1990 Michael set up his own business, Fruin Forge.

Michael has developed new techniques that have included a world first in hoof repairs for the prevention of lameness in Elephant, Giraffe. White Rhino, Hippo and Zebra. Michael has donated his time to this work free of charge for the past 20 years.

Michael has worked in leading Australian Zoo’s, with veterinary surgeons and zookeepers as a team to work for the conservation of endangered animals. Michael always takes his apprentices with him to gain experience in this unique field of Farriery.
All of this work and Michael’s techniques have been shared free of charge around the Zoos and Wild Life Parks of the world to aid in conservation of endangered animals.

Farrier techniques can be applied to different species. Learn about how Michael was first thrown in the deep end when asked for advice on a giraffe to how he now is a huge part of diagnosing issues with endangered species around Zoos and Wildlife parks across the globe.